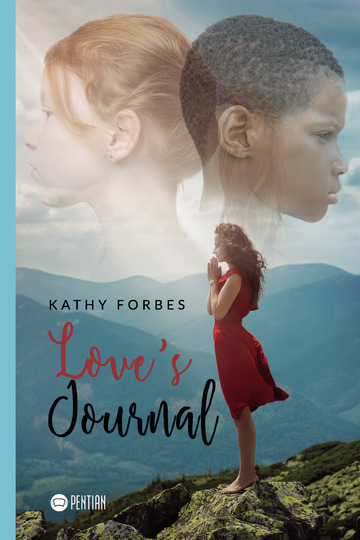 "Love’s Journal" is about a love that spans diversity and struggle. Ruby Sims is portrayed as one of the first true feminists to see past color in America, during the age of Slavery.
Ruby leaves her homeland of England, travels across the sea to be bombarded with a series of barbaric realities that alter her state of being, strengthen her belief and reaffirm her faith.
Ruby remains the underdog throughout her life as she appears as a Caucasian woman born in Europe to a black woman that she has never met. She marries, yet is separated from her husband to travel alone to America, ignorant to slavery, and gives birth to twins, one black the other white. Ruby, in spite of her situation, refuses to allow opposition to dictate the outcome of her circumstance. Ruby is a young woman taking full responsibility for the choices that she feels she is being forced to make. Motivated by the love of a man and the concern for her children, she will create a world in the 18th century that depicts sacrifice and endurance fueled by the fear of losing them all.
This story spans 3 continents as it weaves several cultures tightly together to celebrate the common bond that women share as sisters, wives, and mothers. It is a story that blends desire with necessity and 60 years of love. A Christian Love story empowered by God.

Christian, working Grandmother, mother, sister, aunt, cousin, wife, daughter and friend. Artist, Author, Activist, gardener, poet, and motivational speaker. I believe we all have the power to be what ever we desire. I have lived beyond child abuse, spousal abuse and work place abuse. We decide what makes us stronger. With the help of God we walk the road less traveled. We trip, we stand, we dust ourselves off and we run. We are the best artwork, drawn as gifts to the world by God. I strive to embody the gift God made me to be.... My name is Kathy it is nice to finally meet you.