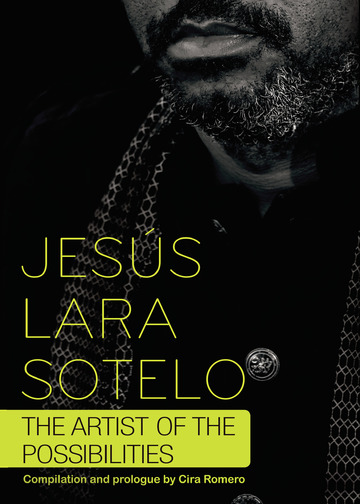 Jesus Lara Sotelo´s literary work, unique and heterogeneous at the same time, showa a tireless fervor and rich inspiration. Without setting limits between amenity and greatness, his lyrical power stands out in the middle of dense forest. Concentrated and austere at times, excessive in others, he takes over himself and others in body and soul and he projects himself as he truly is, while he meditates thoroughly and thinks over and over about the earthly and cosmogonist things, perceiving in them their most active principles, so his compositions are, at the same time, and an act of creation and an act revelation in teh knowledge of new lives, where all spiritual an earthly things are revealed and released. So, it seems that in this way, every moment and every place of nature are willing to welcome the invasion of his opinion, which brings about a confiscation of total condition of the man and his sorrounding, which recognizes him with great jubilation.

Visual artist and cuban writer. He has carried out more than seventy personal an collective exhibitions in 26 years of artistic career.
Has it published the book of aphorisms Mitologia del extremo (2009) and the books of poems ¿Quien eres tu, God de magod? (2008), Alicia y las odas prusianas (2011), Domos magic-vs (2013), Lebensraum (2016), A dos manos (2016), With Lina de Feria; besides the Poetic anthology El laberinto ante mi (2017), although great part of its literary work remains unpublished.
Among other he has received the Recognition Utility of the Virtue, as well as the condition of Distinguished Visitor from Guatemala, and that of illustrius Son of the City council of Campmany, in Spain that receives next to the Prima Cuban Ballerina Alicia Alonso, as well as the Mention of the Prize Julian del Casal of Poetry in the year 2016.