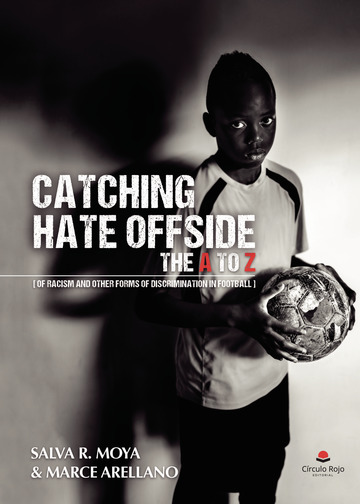 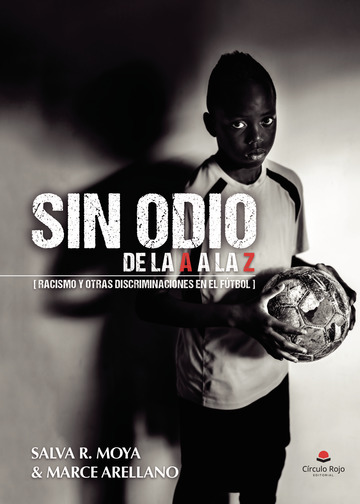 Catching Hate Oﬀside is an analysis of the most prominent racist incidents in the history of football and, at the same time, a tribute to the great stars who have taken up arms; it is a collection of ambassadors for diversity and equality. This is a selection of football players,
managers, referees, directors and renowned journalists with a person per letter.
While the project had humble beginnings in a small corner of south-east Spain (Almería), it is certainly ambitious in spirit. It aims to move readers anywhere in the world, thanks to both the Spanish and English versions. The first black professional footballer, one of the pioneers in ‘coming out’, the first president to lead a crusade against hooligans, the frst head coach to fght anti-Semitism,…
This is a book that documents incidents and also inspires hope at the same time. The high profle individuals have won over the fans’ hearts, but they have also experienced the dark side; they are victims of the ugly face of sport and society in general. In 2019, there was a resurgence in England and Italy. Racial abuse has become a dangerous trend which we cannot allow to turn into an endemic problem.
Do we know about the real impact of discrimination in football? Firstly, we must admit there is a problem; secondly, discover the true extent of it; and thirdly, provide solutions.
Those of us who have been denouncing the harmful aspects of football for years sometimes feel like Don Quixote tilting at windmills, but absolutely nobody is going to slow down our educational contribution to tackling any attacks on human dignity.

Marce Arellano García (Almuñécar, 1976) is a teacher of English at the Official Language Schools in Andalusia (Spain) and a graduate in English Philology from the University of Granada, having obtained an Erasmus scholarship for one year at the University of Aberdeen (Scotland). He also did a post-graduate course at Shefeld Hallam University (England).
Besides his educational work, he has translated several children’s books like Hugo no sabe (Hugo can’t do it) (Okapi Libros, 2019), has done translation work for the company CPAC Comunicación and has written various travel guides for the blog mswanderluster.blogspot.com. His willingness to continuously acquire knowledge and his passion for football have led him to be the co-author of this book, which has the intention of doing its bit in the eradication of hate crimes in sport.